The Center for Disease Control has called community water fluoridation one of the 10 great public health achievements of the 20th century. This is due to its effectiveness, and low cost. In fact, the American Dental Association, American Academy of Pediatrics, US Public Health Service, and World Health Organization all advocate for fluoridating community water supplies. But, we haven’t always reaped the oral-health benefits of fluoride. Actually, until recently, we haven’t even fully understood the full scope of fluoride. It wasn’t until the early 1900’s that we began studying fluoride, and incorporating it into our health toolbox.

In 1901, a young dental school graduate named Frederick McKay moved to Colorado Springs, Colorado to open a dental practice. Upon his arrival, he was astounded to observe that many of the locals suffered from brown stains on their teeth. Sometimes, these stains were so dark that it appeared as if their teeth were caked in dark chocolate. After observing this, McKay frantically searched for information about the disorder causing the stains.

McKay invited a renowned dental researcher named Dr. G.V. Black to help him get to the root of the stain affecting those in Colorado Springs. In 1909, Black accepted the invitation and arrived in Colorado. For six years, the two worked together and found that nearly 90% of children native to Colorado Springs suffered from the stain. They gave the brown stain a more technical name (tooth mottling, which was later changed to fluorosis) and were surprised to discover that mottled teeth were highly resistant to tooth decay. While they couldn’t identify a cause for tooth mottling, they noted the anti-cavity effects of the stain and moved on.

A Trip across the Rockies

McKay was ever-vigilant in his quest to solve the brown stain issue. So much so, that in 1923 he went from Colorado Springs to Oakley, Idaho to investigate a recent uptick in tooth mottling in Oakley. The parents told McKay that the stains began appearing shortly after Oakley constructed a communal water pipeline to a warm spring five miles away. After examining and finding the water to be normal, McKay advised town leaders to abandon the pipeline and use a nearby spring as their water source. The town obliged, and within a few years the brown stains disappeared.

McKay still hadn’t found the exact cause, but he isolated the source of tooth mottling.

McKay then travelled to Bauxite, Arkansas, a town owned by an aluminum plant called the Aluminum Company of America (ALCOA). The residents of Bauxite were afflicted with mottled teeth, but nearby towns were not. McKay asked the town to conduct a study on the water, and returned to Colorado.

ALCOA’s chief chemist, H.V. Churchill, analyzed the water with more powerful tools than available to McKay when he was in Oakley. Several days after the study was conducted, Churchill found high levels of fluoride in the water at Bauxite. At first, he couldn’t believe it, and order a new sample. The second test showed the same results and compelled Churchill to write a 5 page letter to McKay.

What about Cavity Protection?

Upon finding that miniscule amounts of fluoride would not stain teeth, the NIH went back to McKay’s writings where he observed the cavity resistance of those with the brown stain. Dean wondered whether adding fluoride to drinking water at physically and cosmetically safe levels would help fight tooth decay. This hypothesis, Dean told his colleagues, would need to be tested. In 1945, Grand Rapids Michigan voted to add fluoride to its drinking water. The 15 year study would be the first of its kind. After just 11 years, Dean announced that the cavity rate among children in Grand Rapids had dropped more than 60%. This was a major scientific breakthrough and helped revolutionize dental care.

Fluoride Today and in the Future

Today, fluoride is widely acknowledged as a way to prevent cavities. In the United States, community water fluoridation costs just over 1 dollar per person every year, which is a low price to pay for better oral health. Check online to see if your town uses a fluoridated water source. If not, we suggest buying fluoridated toothpaste to get your daily dose of cavity-preventing fluoride. 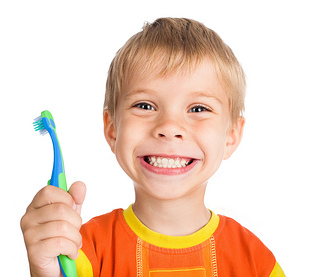 What kind of toothbrush and toothpaste should my child use?

Imagine that you sit down for some evening television, and during the course of the evening, you see five commercials regarding dental products. They all claim to be the best. Then remember your last visit to the dental aisle at a local grocery store. The choices are overwhelming and there seems to be no sure…
Continue Reading 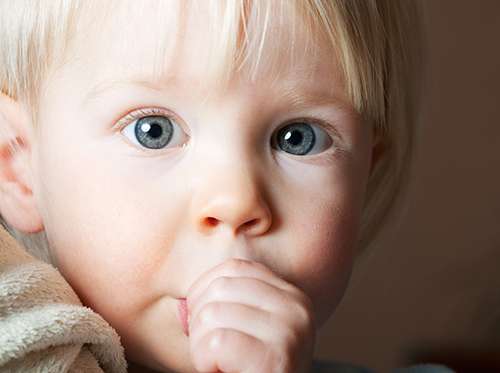 It’s common for children to suck their thumb at a young age. Our team wants you to understand the potential issues that can surface down the road if the habit isn’t broken early on. It’s normal for infants to explore the function of their mouths by putting objects like their thumbs inside it. You shouldn’t…
Continue Reading 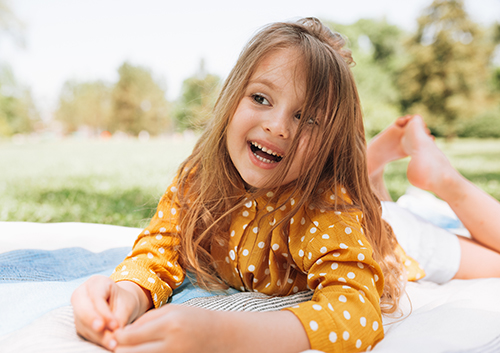 Just What Is Plaque?

When you were younger, and you brushed your teeth without any help for the first time, it was a big step. It meant you’d learned the right way to brush to keep your teeth and gums healthy. But why does brushing help keep you healthy? Let’s talk about plaque! What Is Plaque? Plaque rhymes with…
Continue Reading